The Land and Water Boards of the Mackenzie Valley have undertaken and/or are involved with several projects and initiatives with the intention of enhancing the clarity, consistency, and efficiency of our northern regulatory system.

Government of the Northwest Territories

As the Water Strategy states “Water is a critical component of cultural, spiritual, economic, and social well-being for residents of the NWT, particularly Aboriginal peoples. Water stewardship is a responsibility shared by many parties. Aboriginal, territorial and federal governments, regional organizations, communities, environmental non-governmental organizations, co-management boards and agencies, industry and residents all play an important role in ensuring water resources in the NWT remain healthy today and into the future.”

The commitment from the Government of the Northwest Territories (GNWT) and Aboriginal Affairs and Northern Development Canada (AANDC) to develop a made-in-the-North water strategy to guide the use and management of NWT water resources stemmed from:

Multiple gatherings, discussions, and workshops were held with water partners to help determine the key elements that should be included in the NWT Water Stewardship Strategy and how related actions (keys to success) can be effectively implemented across the NWT.

The Mackenzie Valley Operational Dialogue (MVOD) was created in response to concerns raised by industry during the review of Bill C-88 (an Act to amend the Mackenzie Valley Resource Management Act, among other Acts which received Royal Assent in 2019). Preliminary discussions between the federal government, the territorial government, and the NWT & Nunavut Chamber of Mines occurred in 2019 to follow up on the commitments made to engage in more regular discussions, which led to the pilot MVOD workshop in March 2020.

The Objective of the MVOD is, “make operational improvements using a dialogue-first approach by seeking to understand issues from various perspectives and collectively building solutions that do not require legislative amendments/change.

The Goal of the MVOD is, “for the regulatory regime in the Mackenzie Valley to be understood, trusted, effective, and efficient for all involved (including IGOs, Governments, Boards, Industry, etc.).”

The Scope of the MVOD is, “limited to topics and approaches that do not require legislative/regulatory amendments/development. However, sometimes discussions beyond operational topics are necessary to better understand an issue. For now, the scope is focused on small-scale mineral exploration (this could change in the future).”

The 2005 Report of the Auditor General on Development of Non-Renewable Resources in the Northwest Territories stated that Aboriginal Affairs and Northern Development Canada (AANDC - now known as Crown-Indigenous Relations and Northern Affairs Canada) was not adequately fulfilling its responsibilities for managing non-renewable resource development in the Northwest Territories. The 2005 environmental audit conducted pursuant to Part 6 of the MVRMA provided recommendations for improvement of the implementation of the MVRMA but noted that, overall, the MVRMA was achieving its intended purpose. In May 2008, an AANDC-commissioned report by Mr. Neil McCrank was released. The report, The Road to Improvement –The Review of the Regulatory Systems Across the North (the McCrank Report), included recommendations that he felt could provide for improved regulatory systems. In May 2010, Minister Chuck Strahl, in response to the McCrank Report, announced the Action Plan to improve Northern regulatory regimes. The Action Plan has three key elements which includes legislative changes to improve Northern regulatory processes to reduce overlap and duplication, enhanced environmental stewardship, and provide a strong voice for Indigenous peoples. In May 2011, the Land and Water Boards of the Mackenzie Valley released a policy paper titled, Perspectives on Regulatory Improvement in the Mackenzie Valley. The paper is the Full Board’s platform for involvement in the Action Plan.

Canada’s North has come into the international spotlight due to its resource potential, sovereignty concerns, climate change, and its evolving political systems. A vision for the North has become one of Canada’s most important policy agendas. With this greater focus on Canada’s North, there has also been an increased and often negative attention on its regulatory regime, particularly as it pertains to its ability to support and promote resource development. 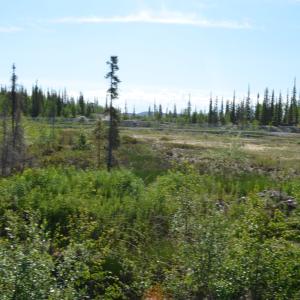 The Mackenzie Valley Land and Water Board is currently hiring for an Executive Director located in Yellowknife, NT.  This full-time, permanent… 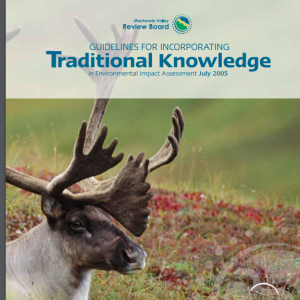 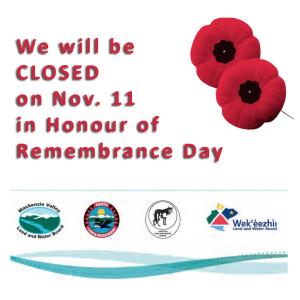 The Land and Water Boards of the Mackenzie Valley (LWBs) will be closed on Friday, November 11 in honour of Remembrance Day.  Staff and Board…
END_OF_DOCUMENT_TOKEN_TO_BE_REPLACED